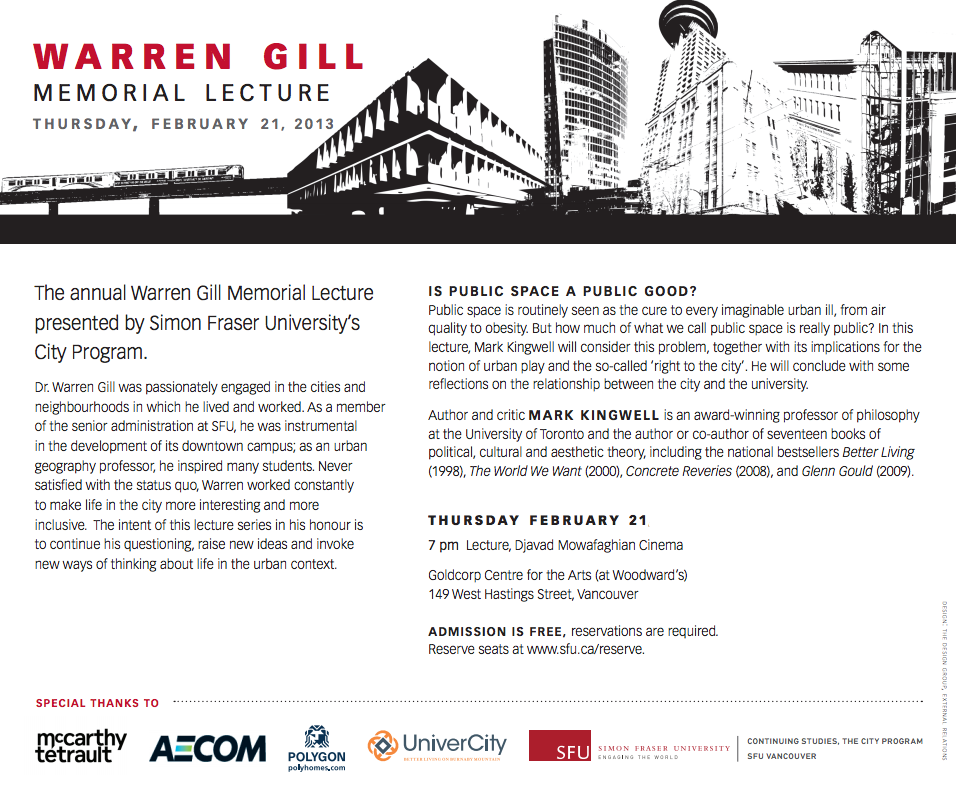 The Warren Gill Memorial Lecture, featuring author and critic Mark Kingwell, has been rescheduled to February 21, 2013 at the Goldcorp Centre for the Arts. This lecture will fill up quickly, so reserve your seat as soon as possible. Reserve here.

Is Public Space a Public Good?

Public space is routinely seen as the cure to every imaginable urban ill, from air quality to obesity. But how much of what we call public space is really public?

Mark Kingwell will consider this problem, together with its implications for the notion of urban play and the so-called ‘right to the city.’ He will conclude with some reflections on the relationship between the city and the university.

Author and critic Mark Kingwell is an award-winning professor of philosophy at the University of Toronto and a contributing editor of Harper’s Magazine. He is the author or co-author of seventeen books of political, cultural and aesthetic theory, including the national bestsellers Better Living (1998), The World We Want (2000), Concrete Reveries(2008), and Glenn Gould (2009).

Dr. Warren Gill was passionately engaged in the cities and neighbourhoods in which he lived and worked. As a member of the senior administration at SFU, he was instrumental in the development of its downtown campus; as an urban geography professor, he inspired many students. Never satisfied with the status quo, Warren worked constantly to make life in the city more interesting and more inclusive. The intent of this lecture series in his honour is to continue his questioning, raise new ideas and invoke new ways of thinking about life in the urban context. 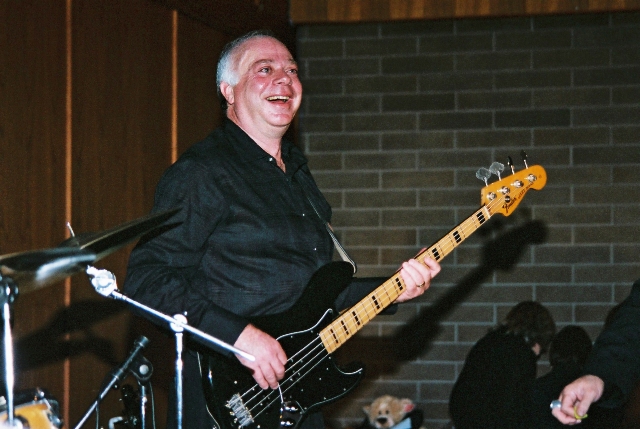