The Vancouver Fire and Rescue Services recently started their first topic on PlaceSpeak in conjunction with their 125th birthday celebration parade taking place on June 12th. 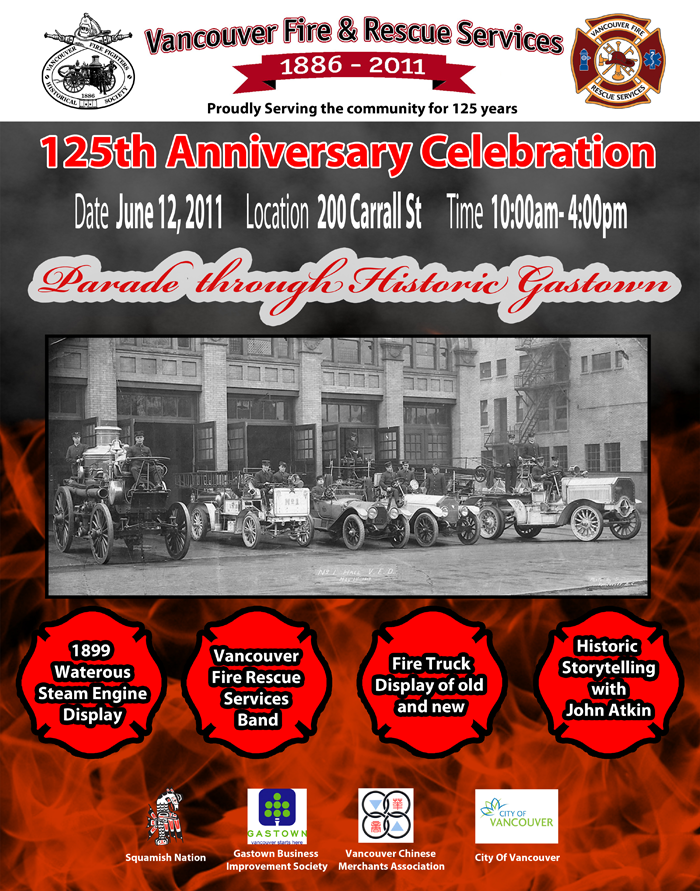 Connect with the Vancouver fire station and stay informed!

Connect to the issue here: http://bit.ly/m7zaa2
The VFRS is committed to providing high quality, cost effective services for the people who live and work in the city. The mission of the men and women of the VFRS is ‘People who care about you’. Protecting life, property and the environment in the city is our primary objective. As a result, the department responds to a wide variety of emergency and non-emergency incidents throughout the City.

Over the past two decades the City of Vancouver has been implementing a risk management strategy that is focused on reducing the city’s level of fire risk and better preparing the city to cope with large scale disasters like earthquakes. This strategy includes a requirement for automatic sprinklers to be installed in all new construction (including single family dwellings), deployment of the Dedicated Fire Protection System (DFPS) throughout the city core and the VFRS taking a lead role in the city’s community and emergency preparedness strategy.

These and other initiatives have been very effective at reducing Vancouver’s level of fire risk as compared to other North America cities. As a result, the number of serious fires in the city have declined and the annual fire death rate is second to none, all while the city’s population has steadily increased. The VFRS is also a full participant in the fire boat consortium which has a fleet of five fireboats deployed in the region; two of which are stationed in Vancouver, one in Coal Harbour and the other in False Creek.