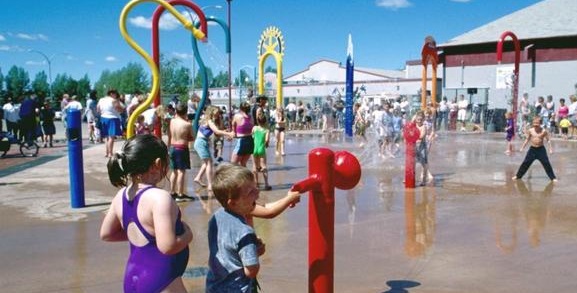 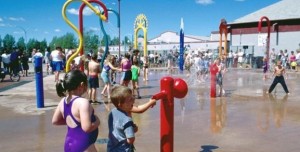 Following the Transportation Master Plan consultation initiated last month, the City of Fort St. John recently launched its second public consultation of the year using the PlaceSpeak platform. The City is in the planning process for a new spray park facility to replace the existing Rotary Spray Park as it nears the end of its lifespan.

The motivation to refurbish the spray park is based on community growth.  The current park is a viable and popular space; however, with expected population increases it will soon be undersized and overcrowded. The current park includes 13 water features and is 340m2  in overall size.  The new park will be more than double the existing size and will include up to 20 water features.

The City has proposed four conceptual designs that combine the latest in aquatic play features with graceful boardwalks to create an elegant public plaza for the entire community to enjoy. The plans also include diverse shade and seating opportunities, as well as pedestrian linkages to key points in Centennial Park.

Marissa Jordan, Recreation Programmer at the City of Fort St. John, expressed the importance of including public feedback in this project:

“Instead of just choosing one of the concepts ourselves, we are using PlaceSpeak to obtain public feedback as to what they believe is important. We want to know which concept they prefer, what they think is most important, and we want to make sure we don’t forget anything!”

The 4 concepts for the new spray park design are based on a Grassland Theme and the elements common to each concept include: 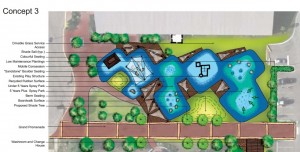 Click here for more detailed information about the project and proposed conceptual designs.

Interested Fort St. John residents can get involved by taking part in a poll or by joining in a discussion topic.

The City of Fort St. John will be hosting a consultation open to all members of the public on the following evenings:

Both meetings will take place in the Kids Arena Field House Upstairs Meeting room from 6:30pm-7:30pm. All ages are invited to help assist with this project and provide their feedback.