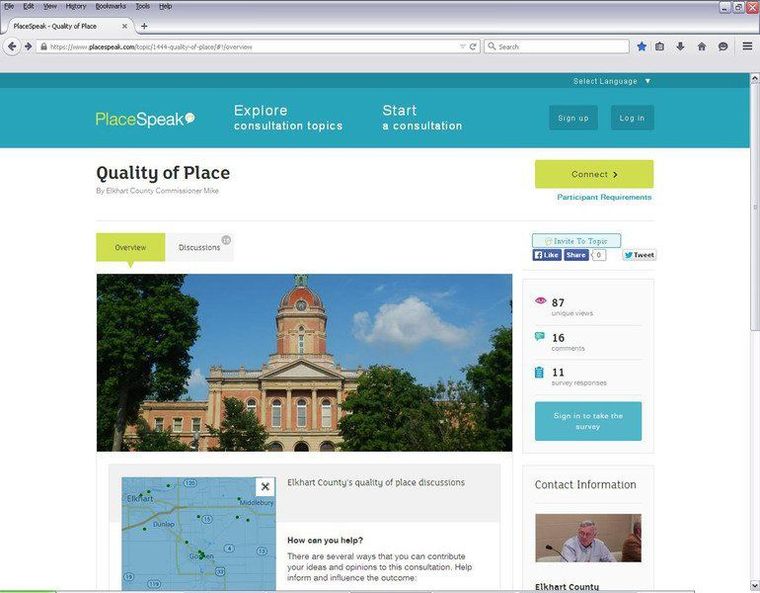 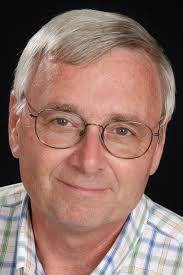 Indiana’s Elkhart County launched its first topic last week entitled “Quality of Place.” The consultation was initiated by
Commissioner Mike Yoder who was attracted to PlaceSpeak for its ability to create a safe, secure, and highly customized interactive space for community dialogue and idea sharing.

The “Quality of Space” discussion encompasses a wide variety of subjects including how the community interacts with local government, economic development strategies for job creation, broadband availability, infrastructure, parks, recreational
opportunities, encouraging a culture of music and arts, education and even specific projects like removing a decrepit jail from downtown Goshen.

Yoder’s intent is to gather citizen opinions and suggestions as a means to guide and prioritize his activities as a county commissioner. This consultation is just the beginning as Yoder’s long term goal is to see the tool expanded into other areas of county government and possibly even to areas of the greater Elkhart County community such as non-profits, school corporations, etc.

Commissioner Yoder was recently interviewed by Goshan News about the use of PlaceSpeak for public engagement:

“Some of the things I see with it (PlaceSpeak) in the future is the possibility of making local government more interactive and user friendly,” Yoder said. “So for instance, when the County Commissioners have public hearings on a rezoning request, that’s at 9 a.m. Mondays, which is not real convenient for a lot of people. But with this, I could put that topic up on the site, and I could limit the discussion directly to only those people who have a direct connection to the zoning request. So that way, I know I’m not getting comments from Timbuktu, or somebody from Hawaii, etc.”

Commissioner Yoder also commented on PlaceSpeak’s stringent verification system and ability to limit “trolls” in online discourse. “The vast majority of people will participate as who they say they are,” Yoder said. “But if it’s sensitive topic like, say, a controversial rezoning or something, you will be able to post a comment anonymously, but you’ll still have to be a true, legitimate member of that community in order to submit a comment.”