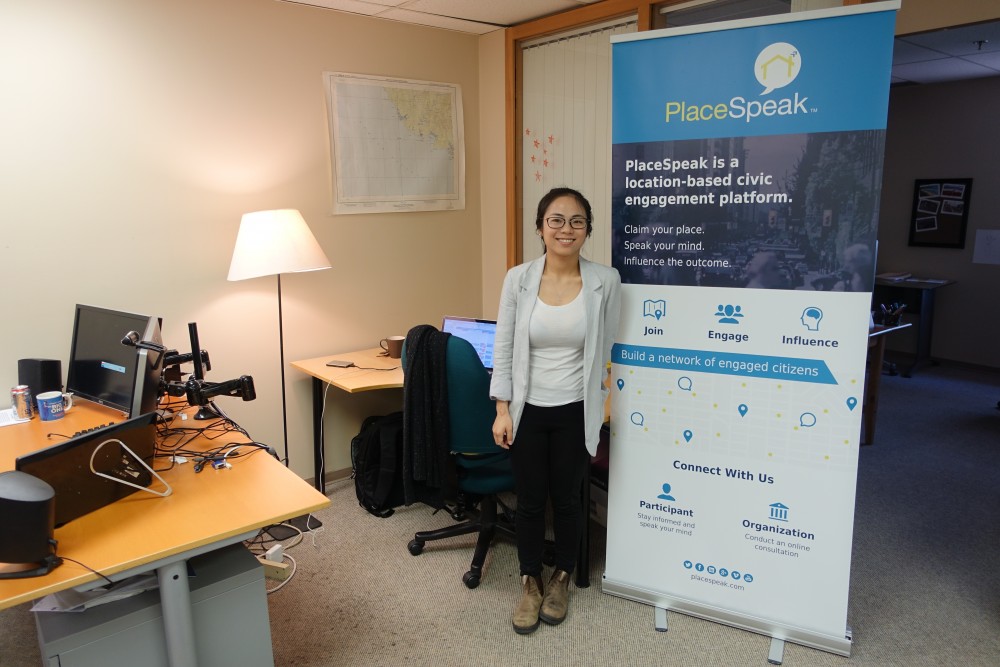 In previous weeks, we’ve talked a lot about the importance of discussion forums and open two-way dialogue as part of a robust and effective public consultation. While visualizations of survey data and statistics are becoming increasingly commonplace, how can we showcase qualitative data (such as discussion comments) in an equally visually compelling manner?

That’s exactly what our Data Analysis Intern, Lulu Huang, is working on. Lulu is a second-year Master’s student in the Institute for Big Data Analytics at Dalhousie University. She is also part of the Training in Big Text Data (TRIBE) program, and is currently working on spatial visualizations of big text data.

Some of PlaceSpeak’s public consultations have received nearly 1,000 comments on the discussion forums. It’s not exactly an easy task to parse through all the comments and categorize them according to sentiment or theme.

Using existing algorithms on text mining, such as topic extraction, clustering, classification, sentiment analysis, and more, Lulu is running a data analysis on discussion comments (and can be applied to other forms of big text data). The exercise will extract high-quality information from text data, through devising patterns and trends by statistical pattern learning.

Following that, the results from the analysis can be displayed in the form of an interactive visualization system including maps, charts, and graphs. The text data can also be linked to location, which is what PlaceSpeak is all about — connecting people to where they live, work and play.

“People can process information more quickly with visual patterns,” said Lulu. “Both consultation proponents and participants can identify hot topics in the comments and observe trends with less effort than having to read all the text.”

By making user-generated content from public consultations accessible to participants and other interested citizens in a visually stimulating and easily comprehensible format, the key values of openness and transparency are upheld.

“I like to experiment with data visualizations and I’m learning new things from each analysis and data set, from transit systems to medical systems to geology,” said Lulu. “I’m amazed every time I see results from raw text data, and I’ve found that analyzing data really helps with critical thinking.”