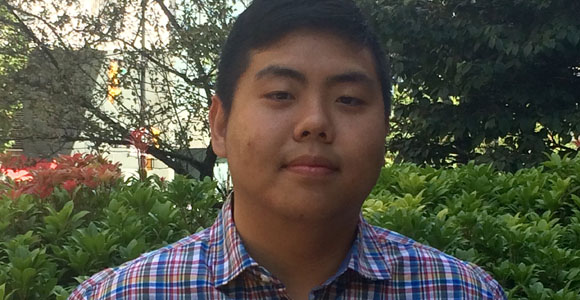 Anson Ching is a recent UBC graduate (BA’15), specializing in urban geography and political theory for planning processes and democratic innovations. He was a recipient of the Dr. Walter G. Hardwick Scholarship in Urban Studies in the Geography Department at UBC. He will be returning to UBC this fall to pursue his Masters degree in political theory. In this blog post, Anson reflects on why he’s excited to be working on PlaceSpeak’s newly minted “Green Dot” Strategy.

After completing my degree, I noticed that many of my peers went on to work in NGOs, political campaigns, or government. They will be engaged in issues of substance, that is, what goods or outputs they want to see from politics. But when people from all sides – from all sorts of vested interests and backgrounds – start to champion their cause, how do we decide who gets to be heard, and who gets what they ask for?

The need for political process

Western liberal democracies are as much about process as they are about substance. We share not only core tenets, such as basic understandings of human rights, but also similar systems of organized decision-making which process the demands and claims that come about in our societies. In Canada, there is much talk of political apathy or debates over Senate reform or electoral reform, which stem from a frustration with the process of democracy.

Luckily, there are numerous democratic innovations being experimented with across the world. From Icelanders’ bold attempt to crowdsource a new constitution to Brazilians doing participatory budgeting for their cities, or an example closer to home: Vancouver’s Grandview-Woodlands Citizen Assembly. PlaceSpeak is championing new and innovative processes for democracy, and I’m excited about my role in this. My job for the summer is to get residents in various neighbourhoods in Vancouver and New Westminster to become engaged with their civic lives on PlaceSpeak.

To encourage people’s engagement in their civic lives, I will be focused on spreading the word amongst residents about PlaceSpeak’s Neighbourhoods service. It is a safe, secure, and private online community platform for enhancing connections within neighbourhoods. The platform is envisioned to achieve much of what Jim Diers espoused during his time as the Director of Neighbourhoods for Seattle: the more engaged the community, the more potential there is for people to be engaged with a specific issue or crisis when it arises. PlaceSpeak’s citizen-centric model recognizes that people will always have the greatest potential to be civically active where they live, within place.

PlaceSpeak’s Neighbourhoods is about taking that key first step towards strengthening democratic experience by fostering everyday online socialization within communities. From this, common understanding can be built and expanded. Good ideas are sorted out from bad ideas. And from just the tiniest common understanding, micro-level deliberation can bloom into fruitful political action that benefits from greater buy-in. In addition, because neighbours already stand, quite literally, on common ground – their shared home, their place – they already have a head start!

Empowering communities in the 21st century

How does all of this compare with how most people socialize? Today, people’s social networks often revolve around in-person activities such as work or school, and online platforms such as Facebook. These kinds of networks have different dynamics. For work, conversation topics tend to revolve around, well, work. As for the latter, there is a lot of excitement over the trend of burgeoning social networks on the virtual realm, and many agree that there are enormous benefits to thank for the revolutionary potential of outreach through online platforms; see Castells or Rainie and Wellman.

The problem, however, is that most of these networks can be easily hijacked by vested interests who benefit from the anonymity afforded by the platforms. Just think about how often discussions on Twitter and Facebook get derailed by trolls and hate posts. Our previous blog post about astroturfing and sock puppets illustrates how online discussions about high-stake issues can easily become compromised and rendered illegitimate. And yet, the steadily changing nature of our urban lives means that we increasingly rely upon online social networking platforms, which is why it is so important that we seek platforms designed with civic values in mind. This is why, for instance, PlaceSpeak incorporates user authentication while protecting individual privacy.

I see value in PlaceSpeak because it not only gives residents of communities the opportunity to enhance how they engage with urban issues and their community overall, but also because it easily helps translate their connection with their local community readily into political activism. PlaceSpeak’s citizen-centred model follows the IAP2 Spectrum of Public Participation: at its very foundation, residents must be informed (e.g. through place-based notifications) before they can participate in a meaningful way in their communities: either by being consulted or involved, collaborating with their neighbours, and finally becoming empowered for decision-making.

So, why am I so excited about working for PlaceSpeak this summer? Because it allows for good democracy. Good democracy requires deliberation, and the key to having good deliberation is subscribing to the central objective of ethical pragmatism: creating solidarity with others over shared issues, and that starts with a transparent, location-based online platform like PlaceSpeak, where people are talking with each other over shared concerns. Only when we get people to start being invested in just having good relations with one another within their communities can we get them to become involved in political discourses in a fruitful way, in a way that doesn’t just clash one side against another endlessly and resort to aggregative democracy.

Democracy is not simply shouting past each other and then voting to see who has the greatest backing. Democracy is about engaging with one another sincerely and humbly and putting each other’s ideas to the test of reasonable argument, and it all starts with a simple, “Hey, neighbour, what do you think about this?”

Editorial note: CEO, Colleen Hardwick is thrilled to have Anson on the team for a number of reasons, not the least of which is his understanding of the pressing need for legitimate digital democracy. His new field of study begins in September with Dr. Mark Warren. More here.