Meet our Board of Directors

PlaceSpeak is pleased to announce its new board of directors. Meet each of them here: 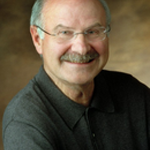 As former premier of British Columbia, mayor of Vancouver and city councillor, Mike Harcourt helped British Columbia earn its reputation as one of the most livable places in the world.

He is currently honorary co-chair at the University of British Columbia’s President’s Advisory Council on sustainability, as well as Associate Director at the Centre for Sustainability Continuing Studies at UBC. In addition to acting as Chairman of Quality Urban Energy Systems for Tomorrow (QUEST), he chairs the Canadian Electricity Association’s Sustainable Electricity Program Advisory Panel and Sustainable Cities’ International.

Harcourt’s exemplary career as lawyer, community activist, and politician has been honoured with the Woodrow Wilson Award for Public Service and the Canadian Urban Institute‘s Jane Jacobs Lifetime Achievement Award. He was awarded the UBC. Alumni Achievement Award of Distinction for contributions to British Columbia, Canada and the global community in November 2008. 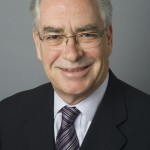 Ken Cameron has 26 years of experience in senior planning and management positions in local government in the Greater Vancouver area, most recently as Manager of Policy and Planning with the Greater Vancouver Regional District (now Metro Vancouver). He played a key role in the adoption of the Livable Region Strategic Plan in 1996 withthe formal support of the region’s 21 municipalities, an accomplishment that was recognized in 2002 by the UN Habitat program’s Dubai awards for outstanding contributions to the human environment..

Ken is an Adjunct Professor and past Chair of the Advisory Council of Simon Fraser University’s Urban Studies Program, Chair Emeritus of the International Centre for Sustainable Cities, a former Trustee of the Seattle-based Sightline Institute and a member of the UBC Board of Governors’ Land Use Committee. He is a Fellow of the Canadian Institute of Planners. With Mike Harcourt and local writer Sean Rossiter, Ken is the author of a book entitled City-Making in Paradise: Nine Decisions that Saved Vancouver that was published by Douglas and McIntyre in September 2007. 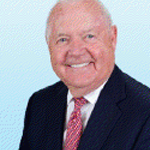 Howie Charters is Vice President and Managing Director of Colliers International Consulting. He joined Colliers in 1996 and has 35 years experience in providing strategic real estate advisory services to both the public and private sector.  His expertise is in the provision of strategic advisory services for the development of mixed-use commercial projects and the rationalization of complex portfolios; as well as in the development and implementation of real estate management reform and portfolio strategies.

Recently Howie has been advising First Nations and Developers on development strategies for native lands. 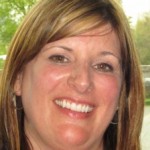 Kim is Vice-President of Bastion Development, a position she has held since 1998 and is one of the few women in a senior role in the development industry. Kim has over 20 years of development, construction and property management experience. She’s served 10 of these years working with Habitat for Humanity, a non-profit, low-income housing organization that is dedicated to the worldwide elimination of poverty housing.

Kim sits on the City of Vancouver Development Permit Board Advisory Panel and the Vancouver Heritage Commission. Through advocacy work, Kim has developed a keen interest in public engagement initiative.

Colleen Hardwick was headed for a career in urban planning when a twist of fate launched her into a 20 year in the film industry. When a movie was shot in the family home,  Colleen changed course to planning movies instead.  In 2005, she switched gears, with the support of the Canada New Media Fund, developing MovieSet.com, which won the Vortex Award for new media innovation from the Marshall McLuhan festival of the future.

Circling back to her roots in 2010, Colleen began to innovate in online public participation and decision-making.  The result is PlaceSpeak, the first location-based community consultation platform.