PlaceSpeak is proud to announce that Dr. Andrew Csigner has agreed to join our Advisory team. 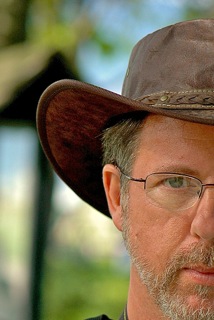 Dr. Csinger is Entrepreneur in Residence and Adjunct Professor in the Cognitive Systems Group at the University of British Columbia. He is advisor or director to several startups and is on the Board of Advisors of ISSNet, an NSERC funded research network focused on computer and network security, and is a founding member of the Steering Committee for the Vancouver Institute of Visual Analytics.

Dr. Csinger was EVP of Product Strategy and Development at Dategrity Corp., a spin-out from the Votehere Corporation. Andrew was Senior VP and CIO of Group Telecom from 1998 to 2002. In 1998, he developed and operated the first PKI Certification Authority and Repository to be licensed under Washington State Digital Signature legislation. This seminal work influenced the later adoption of federal U.S. law (the Electronic Signatures in Global and National Commerce Act of 2000, or “E-Sign Act”), and was an early model for the adoption by other states of the Uniform Electronic Transactions Act (UETA).

In 1996, he founded Xcert Software Inc. (acquired by RSA Technologies), a technology leader in the emerging business of Public Key Infrastructure (PKI). Andrew has been both mentor and reviewer for the New Ventures BC business plan competition since 2007.

Andrew received his Ph.D. and M.Sc. in Computer Science from UBC and a Bachelor’s degree in Electrical Engineering from McGill University. A Natural Sciences and Engineering Research Council (NSERC) Post-Doctoral Fellow at Simon Fraser University, and a visiting scholar at the German Center for Artificial Intelligence in Saarbrucken, his work on artificial intelligence techniques has appeared in journals and conferences around the world. He holds several patents in internet security, biometrics, and related areas.