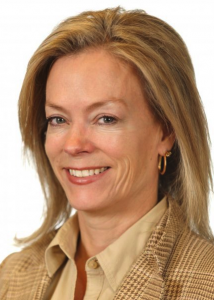 What it does is authenticate individuals (presently at three levels but eventually at five) to participate anonymously in local or region-wide policy matters online rather than at public hearings.” Something I learned from Dad,” Hardwick said, “is to inform people early so that, by the time you get to rezoning or your development permit, you’ve already worked out your relationship with them.”

PlaceSpeak’s board is headed by former B.C. premier Mike Harcourt, who sat with Walter Hardwick on Vancouver’s 1973-79 TEAM-party city council under Mayor Art Phillips. Board member and Colliers International Consulting VP/managing director Howie Charters is raising the project’s $250,000 seed capital in $10,000-or-so units from development firms and the like.

Colleen Hardwick, who has dropped the Nystedt name from a dissolved marriage, is a former NPA council contender and producer of 20 feature and TV movies who developed the MovieSet Internet platform to help monetize feature films under production. Regarding funding for PlaceSpeak, now in beta form, she said: “No venture capital. I’ve been down that road and got stung.”

With some 2,600 participants already qualified, and 5,000 sought, PlaceSpeak has undertaken eight local projects with one in Belfast due. Although thinking globally for Place-Speak, she wants it to act locally.

“The livable city we reside in has come about from decisions made 40 years ago,” she said. “I believe it is important for us to plan for the next 40. I know my Dad would approve of what I’m doing right now.”