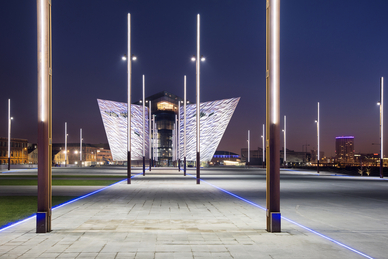 Before the event, Colleen was interviewed by blogger Alan in Belfast.  You can listen to ‘Colleen Hardwick discussing @Placespeak & evidence-based decision-making’ on Audioboo.

Here is what Alan had to say about Colleen’s TEDx talk:

Colleen Hardwick spoke about the need for deliberative democracy and the need for politicians to continue dialogue throughout their term of elected office. Evidence-based decision-making was key, but to avoid gaming consultations responses, it required people to be less anonymous. PlaceSpeak offers a way to authenticate end users’ geographic location, and allow them to be surveyed/feedback to those running consultations, without giving away their personal details.

Stay tuned for a video of Colleen’s talk.  We will post it on the blog when it becomes available.

Tags:
Previous Article
PlaceSpeak Welcomes Maureen Mendoza to our Team
Next Article
What lies ahead for the existing Pattullo Bridge?