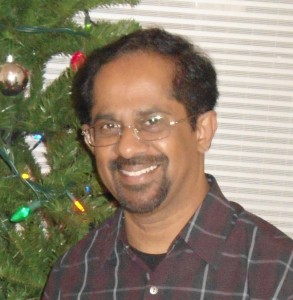 Sarath Jayewardena is one of PlaceSpeak’s talented software designers.  He holds a PhD in Physics from University of Berne, Switzerland.

Sarath saw firsthand the emergence of the world-wide-web, and grew with it. Like many physicists of his time he was attracted to the latest advancements in IT and soon became a full-time IT guy.

A long time Linux affiliate, Sarath worked as an instructor in Computing Science in Sri Lanka and Canada for many years while at the same time helping the organizations he worked for build open-technology-based IT infrastructure.  He draws enormous satisfaction from creating functionally beautiful software.

Most recently he has had a lot of fun with Python and Django which, together with his Linux know-how, landed him at PlaceSpeak.

TECTERRA 2015: Thinking Out of the Box of Neighborhood Boundaries
Yuri Artibise July 7, 2015

TECTERRA 2015: Thinking Out of the Box of Neighborhood Boundaries