The last in a series of excerpts from an article published in the Winter 2012/2013 edition of Plan Canada, a quarterly magazine published by the Canadian Institute of Planners. The article was written by PlaceSpeak associate Maureen Mendoaza. 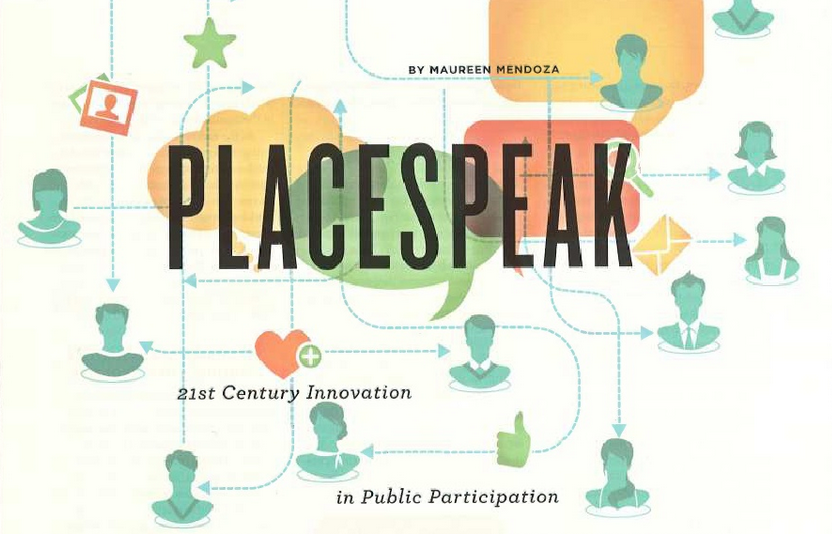 Mike Harcourt, former mayor of Vancouver and premier of British Columbia recognizes how innovative technologies that discourage anonymity like PlaceSpeak can serve as an antidote for some of the major flaws in current consultation methods. He says, “Many people see public meetings as dominated by ideologues, one issue self serving people, and rude behaviour. Plus modern polling and its efficacy are severely hampered by people living in buildings with security, so it’s hard to do door-to-door surveys. Phone surveys are limited by people using cell phones, private numbers, and caller ID.”

Of course with new technologies, old questions regarding public engagement problems still remain: how can planners connect with constituents from a wide range of opinion? Can e-consultations attract new involvement to public discussion rather than simply provide another platform for those already engaged? Even with an increasingly networked society, there are still definite challenges to overcome and address similar to traditional consultation methods, including language and cultural barriers and concerns over privacy and security, especially online. The debate of the digital divide still lingers with the concern over self-selection and whether or not participation in online consultation is biased to more educated participants of higher socio-economic status and greater online access in specific geographies. Local governments must also undergo an institutional shift in practicing and standardizing online consultation, which is beginning to become more common thanks to the dominance of social media.

What has become evident through the growth of online consultation – and arguably public engagement more generally – is that citizen participation should be counted as legitimate when verified, and contributes to actual decision-making outcomes and policy development. When citizens begin to see that their voices are heard and influence decisions – on and offline – that is when citizen participation will be more readily given and not begrudgingly solicited. Harcourt hopes that online interaction can foster connections offline as well, acknowledging, “PlaceSpeak can be a way to connect people electronically to issues and to neighbours, hopefully leading to face to face individual and community interaction.”

PlaceSpeak relies on the premise that the consultation process can be open, accessible, dynamic, and transparent. As proponents, planners are uniquely positioned to be innovators in public consultation, if their engagement efforts are viewed not simply as a means to an end, but as a unique opportunity to empower and inform citizens. Online consultation is not meant to replace in-person, face-to-face methods, but only enhance those efforts more broadly and must include sensitivity to when and where online consultation is appropriate.

For planners, the potential of PlaceSpeak is in its demonstrated impact on changing the best practices for online consultation but also in the possibilities to reconnect with citizens who have grown wary of how decisions are made. Further, those who have never participated in consultations gain unprecedented access and capacity to connect with decision makers. Planners are beginning to recognize that PlaceSpeak isn’t merely about including more voices through better technology, but also imagining and creating better conditions for these voices to be heard on and offline.

You can read the entire article on Scribd.

Evidence-Based Decision Making and the Rise of Civic Technology