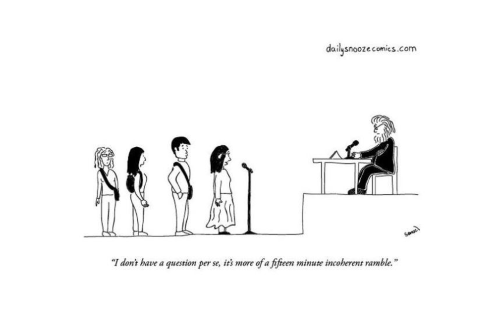 This article was originally posted on elgl.org. A site for innovative local government leaders with a passion for connecting, communicating and educating.

When I was at the IAP2 Foundations in Public Participation training session recently, it seemed as though everyone had a story to share about a public meeting or open house gone wrong. As traditional methods of in-person participation continue to face challenges, governments are increasingly relying on the Internet as a crucial tool for collecting feedback. Now, there are more avenues than ever for citizens to have their say and participate online.

However, these online opportunities for engagement don’t come without their own struggles. We are all familiar with the trolling, abuse, and online harassment that occurs online. Even when discourse is kept civil, the calibre of responses may be of dubious quality, to say the least. Here are some stories of online public engagement gone wrong. In our follow-up post, we will look at what cities and municipalities can do to avoid these situations.

Newfoundland, the world’s next communist paradise

Newfoundland’s economy isn’t doing so well. Recently, the Government of Newfoundland and Labrador set up a website where anyone could anonymously submit ideas on how to improve its lagging financial situation. People could then also vote on the suggestions, which, unsurprisingly, didn’t go quite as expected. The majority of submissions were fairly impractical, including the top-rated “Communist Revolution”. Somehow, we don’t think the government will be following up with that suggestion.

Online engagement opens up the opportunity to reach people who wouldn’t usually participate in a town hall or open house. However, the City of Encinitas’s housing consultation may have reached even the most unexpected of participants. Participants were not required to use their real names or verify which neighbourhood they lived in, which led to a number of jokers submitting their feedback using the names of fictional TV and movie characters. Unfortunately, that meant that the data collected couldn’t be used legitimately for policy development.

A new $300 million research ship may soon be named RSS Boaty McBoatface, thanks to the power of the internet. The British Natural Environment Research Council (NERC) posted a poll on its website where anyone could suggest names for the research ship. Such vessels are traditionally named after famous explorers, so this was completely out of the ordinary. The man who suggested the winning entry has since apologized for having done so.

Some people will use these examples as proof that engaging with citizens online is a waste of time.

However, you don’t have to look too far to find examples of in-person engagements gone wrong as well. For those getting it right, there are countless benefits to online engagement including cost efficiencies, environmental benefits, increased accessibility, and the ability to reach more diverse demographics than “the usual suspects”. There are plenty of online engagement success stories ranging from Iceland’s crowdsourced constitution experiment to our own award-winning work on the Whitehorse Corridor-Alaska Highway Improvement Project.

The nature of the Internet — which makes it possible to be open, transparent, and accessible — means that the process must be carefully considered and planned in order to facilitate a successful engagement. These anecdotes merely highlight the necessity of having safeguards in place when carrying out your online engagement, especially if the feedback you are collecting will be used for policy decisions.

One way to replicate the personal responsibility of an in-person engagement in an online environment is adding in layer(s) of verification — something that we’ve been able to do successfully for consultations in towns and cities all around the world. In turn, this raises issues around privacy, legitimacy, and anonymity, which will be the focus of our second post in the coming weeks.