The News1130/PlaceSpeak poll has maintained momentum into its third week and was recently cited as the “Most Read in Feb” topic on the News1130 website. Close to 600 residents have now taken part in the transit poll and have also contributed to a very active discussion forum. 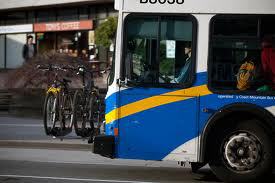 Week two results are fairly consistent with trends established in week one. Region-wide the “No” side is still in the lead with 60% of all votes compared to the “Yes” sides 40% of votes.

While Vancouver and Pitt Meadows both have a “Yes” majority, most other regions are in favour of a “No” majority. The exception is the District of North Vancouver which is split evenly down the center.  The largest number of respondents are from Vancouver and Surrey with 36% and 14% of all votes, respectively. New Westminster, Delta, Richmond, and Burnaby make up 23% of all respondents.

Among discussion forum comments, the most popular reasons for voting yes include, “the Mayor’s Council plan is the best option we have to improve transit” and “the additional transit services are worth the .5% tax increase.” On the flip side, the most popular reasons for voting no include, “a lack of faith in TransLink” and “no concrete controls on where the money will go.”

A third discussion topic has been included in the forum to promote more open-ended conversation. The question being posed is: “What transportation projects do you think should be given priority in Metro Vancouver?”

Click here to join the discussion and take part in the poll.

Click here to find a detailed breakdown of the data by region.