PlaceSpeak is proud to be guided by these outstanding advisors: 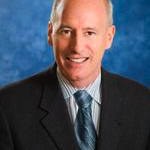 A graduate of Princeton and McGill, Scott Dunlop is a business lawyer with extensive expertise in the management and operation of enterprises, including director, executive, shareholder and partnership issues. He is the past chair of the Employment and Labour Law Practice Group and an experienced counsel in the protection and optimisation of intellectual capital and venture capital. He was Founding Chair of the firm’s Public Affairs Group and is the senior member of our Technology & Outsourcing Group.

Mr. Dunlop acts for emerging and established corporations and their owners and executives, particularly in technology, internet, sports and entertainment. He specializes in executive contracts and compensation, employment and securities law. Mr. Dunlop is a skilled advocate, negotiator and practitioner of alternate dispute resolution. He has studied and taught mediation at Harvard Law School Program of Instruction for Lawyers. 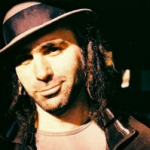 Michael is the Chief Executive Officer and founder of Ayogo—an online gaming developer. He is dedicated to the idea that playing is one of the most productive things we can do. He’s been an entrepreneur and innovator on the Web for over 15 years. The games he has developed have been played by millions on computers and Smartphones all over the world.

In 2011, Michael was invited to speak on game design at SXSW, Vancouver’s F5 Expo, Games and Health — Vid Week, Banff Television Festival and NextMedia in Toronto. He has been featured by Fast Company, MIT Technology Review, CBC, and the Globe and Mail. 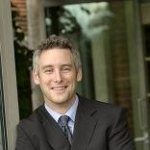 Ross has over 15 years of experience in building and growing Web and business software companies at the executive level across technical, sales and marketing functions. Ross served as VP of Strategic Alliances at AVG, and spent almost 5 years at Websense as Director of Product Management. Ross was also co-founder and CTO of Onvia.com, an early pioneer of B2B e-commerce, which raised over US $70 million in venture capital and went public on the Nasdaq stock market in a $240 million initial offering in 2000.

Ross was born in Canada and has lived and worked in North America, Europe and Asia. He holds a BTech in IT from Kwantlen University in Canada and an MBA from Imperial College London. 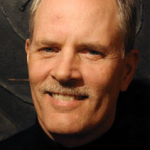 Gordon is Director of the City Program at Simon Fraser University. He also writes, teaches and consults on urban development and planning. He sits on the Boards of the Sightline Institute and the International Centre for Sustainable Cities.

He served six terms as Councilor for the City of Vancouver, from 1986 to 2002, as well as on the board of the Greater Vancouver Regional District (now Metro Vancouver) and TransLink, the regional transportation authority.

Gordon has written several extensive essays on Vancouver and transportation issues, including The Deceptive City, Local Politician’s Guide to Urban Transportation. In 2003, he received the Plan Canada Award for Article of the Year – “Land Use and Transportation: The View from ’56” – from the Canadian Institute of Planners. He also publishes Price Tags, an online journal on urban issues, with a focus on Vancouver. 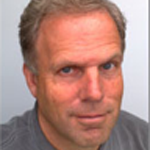 David Vogt is a technology innovator and leader with strong corporate and academic experience. One of his early careers was as Director of Observatories UBC in Vancouver. He then became Director of Science at Science World, a public science museum. In 1996 he founded and became CEO of Brainium Technologies Inc., a pioneer of Internet-based learning products for K-12 education. More recently, David was Chief Research Officer at the New Media Innovation Centre (NewMIC) in Vancouver.

David is currently Director of Digital Learning Projects at UBC, leading a number of multisector R&D initiatives related to learning. One current project is Mobile MUSE, which convenes corporate, government and academic stakeholders in a testbed for mobile, context-aware media applications. He is also an active contributor to a number of public and private boards.