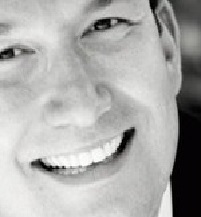 PlaceSpeak is pleased to announce that Mark Pivon has joined the team as Director of Client Engagement.

In 2014, Mark completed the IAP2 training in Public Participation, as well as a Certificate in Business Analysis and a Diploma in Sales and Marketing Management, both from the University of British Columbia, Sauder School of Business.  After PlaceSpeak, Mark balances his time between a wife, twin boys and the great outdoors that British Columbia offers.

Below Mark shares his views on the current state of public participation and direct democracy while also highlighting his reasons for making the transition to PlaceSpeak:

Western society is shifting from a model of representative democracy to one of direct democracy.  The shift is gradual, and is the result of a multitude of converging technologies ranging from the trifecta of Social, Mobile, and Local (aka SoMoLo), big data, open data, GIS, broadband, and Smart Cities, among other things.  Some politicians have taken advantage of the shift and developed loyal followings and majority governments.  Others have attempted to ignore it, and their careers suffered proportionately.  Others still continue to attempt to control or legislate it, with varying degrees of success.  In many circumstances, direct democracy has either supported, impeded or defeated public and private initiatives, for the benefit of the people, but also to elevate responsible government.

PlaceSpeak is a catalyst for direct democracy; choosing to work at PlaceSpeak was therefore a simple decision for me.  I wanted an opportunity to leverage my skills and experience in sales, marketing and management.  I was keenly interested in further developing my knowledge and understanding of public participation best practices, and I wanted to continue working with internet- and cloud-based technologies.  Combine all these elements, and throw in some innovative approaches to leveraging Open Data, and the stone was cast.

The features that drew me to PlaceSpeak were the same features that are lacking in social media platforms, and are similarly served by PlaceSpeak’s geo-verification of individual users.  Delivering a tool set that facilitates real-time dialog between government and citizen, but also filters users in a geographic context, is evolutionary.  I see a tremendous number of opportunities for PlaceSpeak in this regard – not just as a platform for direct democracy, but also for census applications, voter registration, campaign finance, plebiscites, referendums and even internet voting.

The nature of PlaceSpeak as a progressive and cumulative geo-social network also makes a compelling argument for serving a variety of stakeholders from the public and private sector, in both the intermediate and long-term.  Proponents and participants alike can engage one another in discussion, and each subsequent civic engagement activity is compressed in terms of the time and effort required to launch a project.  This is because citizens and topic hosts alike can rely on the trust that PlaceSpeak brokers through its various checks and balances around privacy, transparency, authenticity, and overall auditing capability.  As a broker of trust, therefore, I envision PlaceSpeak not just as a catalyst of direct democracy, but also as a mechanism to strengthen community relationships, improve policy making, and ultimately facilitate decision-making dialog that everyone can be proud of.