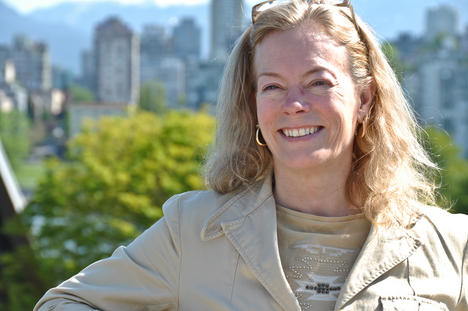 Colleen Hardwick, Founder and CEO of PlaceSpeak has recently been mentioned in a Georgia Straight article which touches on how community consultation has evolved over the past decade, specifically in Vancouver.

The City has been open to adapting new technologies that aid in increasing discussion with Vancouver residents. Many cities have implemented the 311 telephone-based systems, including Vancouver which launched theirs in 2009. The 311 line allows citizens to call in minor neighbourhood issues such as vandalism or a burnt out street light.

The City of Vancouver’s recent partnership with PlaceSpeak is another step in the direction of online public consultation. Citizens are much more likely to voice their opinion if they are given the platform to do so from their own home rather then having to attend a meeting. Colleen wanted to find a way to give citizens an easy way to discuss public issues online, such as the Hornby Street bike lanes, or the Gibsons Harbour plan. She hopes that this form of public participation will increase involvement and, in turn, provide results that portray what citizens have discussed or voted for through PlaceSpeak.

Although the city does not want to rule out the more traditional forms of public engagement, they are interested in combining new technology so citizens have a choice as to how they can engage. In the past decade we have seen a huge turnover in technological advances, which is likely to bring more people on board in the future. Citizens are becoming more comfortable with the internet and many are beginning to use it as a primary source of communication. Vancouver’s expansion from traditional public meetings to online engagement will offer residents a variety of different levels to become involved with issues that effect their neighbourhood and their city as a whole.

View the full article at The Georgia Straight

Tags:
Previous Article
The Coast Reporter on PlaceSpeak
Next Article
PlaceSpeak at the CICP Innovation Forum