In Conversation With Patrick Condon 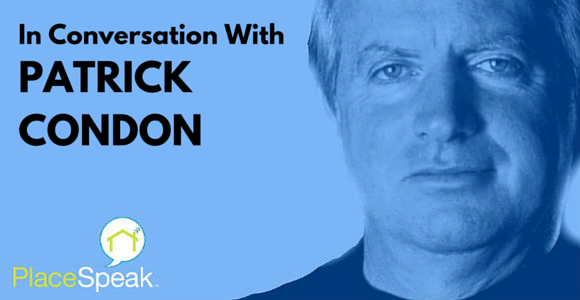 Each month, we bring you a Q&A with one of today’s most innovative leaders in urbanism, public engagement, and civic technology.

We’re kick-starting this series with Patrick Condon, Chair of the Urban Design program at the University of British Columbia (UBC). In his work, he has focused attention on how to make systemic change in the way cities are built and operated. He and his research partners have collaborated with the City of North Vancouver to produce the “100 Year Sustainability Vision,” a plan to make North Vancouver a zero carbon community. 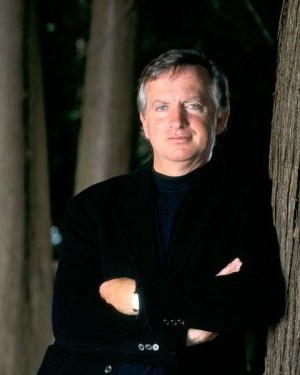 Q: At CityLab 2015 in London, mayors and leaders were asked: What is the one big thing that cities need to focus on or change in the next five years? What would your response be?

A: In the next five years, I think we have to institute a reasonable plan for what our infrastructure is going to look like in 2050. It takes a long time to build that infrastructure and get the land-uses to conform to the new infrastructure, and I’m specifically thinking of transit.

Q: What are some of the lessons you learned while engaging the public?

A: If you give the proper setting to stakeholders and let them operate with some degree of authority, they’ll be quite intelligent and fair. Their desire to leave the world a better place is as strong as anyone else’s if you give them half a chance. What happens in most public processes is that decisions have largely been made by the time they have the public hearing, and therefore all that citizens can do is object.

Q: How can cities stand to benefit from increased public participation? What should the relationship between governments, cities, and citizens look like?

A: Citizens are generally closed out of conversations which could otherwise be quite robust and rewarding for everybody. I’ve got 20 years of experience doing multiparty roundtable design processes with stakeholders, and I’ve found those to be enormously productive.

Q: How have you incorporated civic engagement into your previous work?

A: The oldest and most successful process we did — one of many, but one of the earlier ones — was working with the City of Surrey to come up with a new community plan for part of the city that had not yet been built, the East Clayton area. The city at that time wanted to advance their objective of being more sustainable and we wanted to help them so we spent a year or more working on a set of principles for sustainability that the council authorized to be used as the basis for a design charrette.

The total process took more than a year between meetings, background information, and making sure the goals and objectives and the design program were right. Within a one-week long roundtable process starting with a blank page, we facilitated a design process where at the end of it, the design was done showing where all the streets would be, what the land-uses would be, whether or not you could have affordable housing, secondary suites, what the density would be, transportation networks, where the bus stops would be, how the stream systems would be protected, and a number of other sustainability objectives were achieved in that design.

The design charrette was in 1998, and finally turned into formal policy in 2002, got under construction shortly thereafter, and now it’s almost completed with 5,000 dwelling units and 13,000 people living there. I’m proud that it’s the neighbourhood in Surrey that people are most attached to — it got the highest rating amongst its residents for quality of life.

Q: After the public engagement process is over, how can citizens hold the government accountable to the decisions made?

A: I think that planning processes in the province and beyond ought to be changed to allow much deeper public involvement, and to reconvene a full range of stakeholder groups at appropriate times to provide further input — not to take away from the power of elected officials, but to reinforce democracy.

Q: Is there anything else you’d like to add about planning and public engagement?

A: In a properly-run public engagement process, the average person is very committed to creating a better place. I feel personally offended when neighbourhood residents are tarred with the brush of being called NIMBY (not in my backyard) when they appear at public meetings way after they should have been called upon, and state their objections to decisions that have been made by others, not themselves.

I think that’s really quite tragic, and for city officials to use those words when confronted with the legitimate concerns of residents who have been intentionally closed out of decisions around their own neighbourhood, is an outrage.