In Conversation With Kent Wyatt 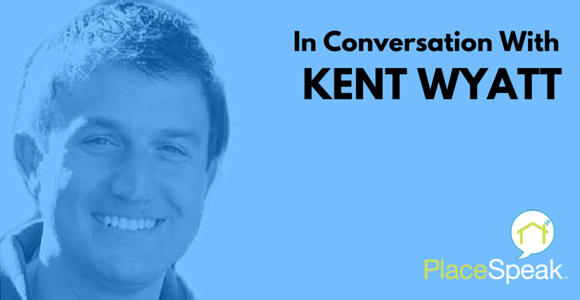 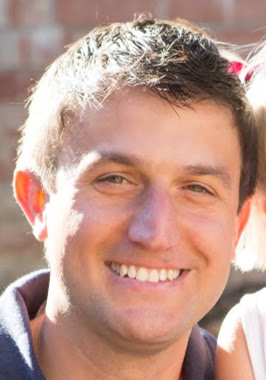 This month, we chatted with Kent Wyatt, co-founder of Engaging Local Government Leaders (ELGL) and a senior management analyst for the City of Tigard, OR. He believes that telling stories about people, ideas, trends and approaches in local government is the best way to make a positive difference.

His duties for Tigard include risk management, franchise management, state and federal affairs, and special projects. Prior to moving to Oregon, Kent lived in Richmond, Virginia and worked as a senior legislative analyst for the Joint Legislative Audit and Review Commission.

Q: Since its inception in September 2010, ELGL now boasts nearly 1,000 members from across the United States and abroad. What inspired you to found ELGL?

A: Recently, in the past year, we’ve switched from “Emerging” Local Government Leaders to “Engaging”, because we found that people were asking what age you had to be to participate, and it’s really not about age — our goal was to engage all areas of local government, from interns in college to elected officials.

My wife and I moved from Virginia in 2009 to the Portland area for her job, and my experience trying to find a job out here was that local government was a very segmented profession. It always struck me as odd that 95% of what we do can be requested by an ordinary citizen walking through the door, yet we don’t share that information amongst each other. So that’s the genesis of why we wanted to do something in terms of increasing the connections and sharing amongst each other, and it took off from there, and spread organically to the rest of the country and local governments throughout.

If you look at it, city managers have a group, finance managers have a group, but they’re all segmented and siloed, and our group appeals to all of them — our group has members from different professional associations to break down these barriers. My job title is “Senior Management Analyst”, so a lot of work I do involves talking to other cities and seeing what they’re doing. My job is easier if I know people in those organizations, or if they could connect me with others who work there.

Q: You’ve also started the 13 Percent Initiative with your wife, Kirsten Wyatt, to speak out about the low percentage of women in local government. What are some of the opportunities or encouraging aspects that you have observed?

A: For one, it’s knowing that there’s other people out there that are like you. We have two young daughters, and women have come to us somewhat frequently and wanting to know — usually directed at my wife — how you can manage a family and have a professional career. So the first is for them to see people like them.

The second is raising awareness. Part of it is that people still don’t feel comfortable talking about it: they feel like they’re either going to say something inappropriate, or maybe they just don’t feel like there’s an issue. I think that dialogue has increased from highlighting the shortage. Quite frankly, government isn’t really a field that a lot of people are dying to be in, so any effort we can make to increase that pool, we should be doing wholeheartedly.

One of the things I’ve seen that I wish were different has been trying to replicate something similar with race, and it’s just a more sensitive topic than gender. People are willing to share their experiences about being a female city manager, but that doesn’t necessarily hold true when it comes to race. We hear a lot off the record about people who would like to step up and say something, but don’t feel that it would be in their best interests professionally — which I understand, but also find that very unfortunate. One step at a time though — we’re trying to incorporate that more and more, and I would say that 25% of our members are attracted to our organization because of our proactive desire to bring this topic up and discuss it instead of pushing it under the rug.

Q: What are some challenges that you’ve faced with this project?

A: The first is denial and reluctance to acknowledge that it is an issue, but obviously, the report helped highlight that it was. After that, one of the issues that I observed was that a lot of associations and organizations will tell you that they’re doing something, but it probably consists of hosting a conference session or having a subcommittee look into it, and there was really no substance behind it.

So what we try to do as an organization is to ask our members to challenge your employer or associations to ask what they’re actually doing — just talking about it isn’t actually solving anything. We encourage our members to reflect on their experiences on our blog, and we have provided experiences through fellowships, volunteer opportunities that we have at ELGL, and through the Resume Book that we do.

Q: What is the single greatest challenge facing local governments in 2016? How do you think it can be addressed?

A: I’m going to give you two. One goes to some of the previous questions — we have inadequate HR policies that hamper our abilities to attract a more diverse workforce.

The other one is the reluctance to embrace technologies in local government. We know it’s out there, we think it may work, but wholeheartedly seeing how we can use this to increase our efficiencies? I think we’ve been behind in embracing that movement. You see it more now with civic tech and open data initiatives, but I see very little movement once you get past the bigger cities. Getting down to cities of 100,000 and below, you don’t see many having something as simple as a pothole app or a dashboard. It seems like just having a website and any sort of social media presence is considered a “win”. To meet what our citizens want, we’re going to have to do a lot more in the tech realm.

Not for it to be an excuse, but there are so many options out there — some cities don’t realize that it’s not actually super expensive to implement some of these solutions, or they might not know where to turn, or they may be overwhelmed by how many choices are out there. It’s somewhat similar to government getting a bad reputation when there are a few bad eggs — word trickles down similarly within local government about technology solutions that didn’t work out as promised.

Q: Beth Noveck from NYU’s GovLab talks about the “rise of the citizen expert”. How can local governments better tap into the expertise of citizens?

A: Get out of City Hall. The solution is not to continue holding meetings in City Hall, or sending out press releases that aren’t interesting or engaging — it’s to go where the people are, whether that’s through churches or through digital ways to communicate.

For example, in Provo, Utah, the mayor did a State of the Union that was on Periscope, Twitter, and various social media outlets. To me, that acknowledges that there is a small window of time that people are willing to give up, but if we’re willing to go to them and show them what we’re doing and how they can get involved, I think there are a lot of opportunities. On the whole, I think government is still viewed with hesitation because of our reluctance to change and get out of our comfort zone.

Q: From your observations, what are some of the barriers that prevent local governments from engaging most effectively with citizens?

A: Jargon — we don’t speak normal, we don’t communicate in easy ways, we don’t look like our communities for the most part. I’m a white male, so I feel comfortable, but it’s a real legitimate problem when you look at gender and race, and whether your government really represents that or is doing much outreach. It really starts early on — are local governments going out to communities and doing community affairs, are you actively involving them and reaching out to them and getting them on committees? Because if you aren’t, there are a number of cultures that aren’t going to be comfortable simply applying for a job with local government or getting involved in any aspect — and rightfully so, there’s a lot of reasons why, especially when it comes to race why they might not be as comfortable with the local government. Breaking down that wall isn’t an easy thing to do, and it’s not a quick solution, but if we want to have real representation of our communities that’s what we have to do.

Tags:
Previous Article
Ken Hardie becomes first MP in Canada to use PlaceSpeak for online citizen engagement
Next Article
From astroturfing to ballot stuffing: how your consultation could be compromised