In Conversation With: George Polisner 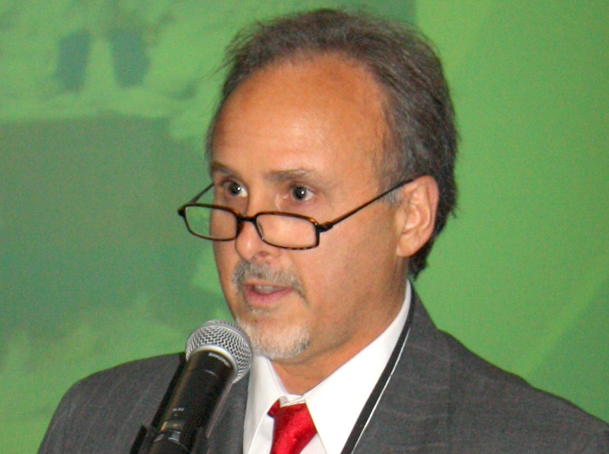 This month, we spoke with George A. Polisner, the founder of the non-profit civ.works – a privacy-protected social network built for civic activism. Prior to founding civ.works George worked in product development, performance engineering, service design and management at Oracle Corp, Dell, HP and at the Legislative Counsel for the State of California. He also serves on the Board of Peace Action and produces a socio-economic and political program for community radio in Lincoln County, Oregon. In 2016, George wrote an open letter resigning from Oracle after its CEO, Safra Catz, joined Donald Trump’s transition team and expressed support for the president-elect.

Q: What are some of the main barriers that prevent decision-makers from engaging with citizens in good faith?

A: The vastness and complexity of society means that traditional forms of engagement don’t work anymore, or largely do not work, but we’re still stuck using them, e.g. city council meetings. For example, Lincoln County, Oregon, is a vast area of 1200 square miles. The commissioners hold a public meeting and want to get public comments on a Wednesday evening. The likelihood that they’re going to get a fairly large cross-section of their constituents is pretty slim. They’re typically going to get the usual suspects: the people who live in close proximity, who tend to talk about or complain about the same things. The traditional forms in which people engage, whether it be attending or establishing meetings in politicians’ offices, phone calls, letters – we’ve just become so large that a lot of the traditional forms just don’t work well. I think what we’re both working to address is: How do we take a process of citizen engagement out of the 18th century and bring it to the 21st century?

Q: What do you think is the greatest challenge to facilitating respectful and effective forms of online dialogue?

A: Respect is incredibly important, and there are certainly no guarantees of respectful dialogue in a public space, a public meeting, or certainly online. People become politically entrenched in an idea and lose sight of the greater good and outcomes. So there are barriers, although one of the things that we’re finding that’s seems to be working reasonably well so far is by charging a small fee – which is a double-edged sword. I like free and open use of platforms, but charging a small recurring subscription fee causes people to lose their anonymity, which generally means that we’re not going to get people threatening other people. We’re not going to get a lot of disrespectful nastiness seen on free platforms like Facebook or Twitter.

Having a mechanism to validate the relationship between a constituent and an elected official and removing anonymity is really important to at least get respectful dialogue. Meaningful dialogue requires an informed public, proper notice for meetings and a public that is pretty well educated, so I think we still have a lot of work to do there. Leveraging technology and mechanisms where people can come together, socialize on policy matters, and provide feedback to elected officials and their staff is a really important first step.

Q: You founded Civ.works to bring people of all political stripes together by finding common ground and identifying shared values. In today’s polarized environment, how do you encourage people to step up to the discussion in the first place?

A: That’s going to be a real challenge. A lot of people who have been early adopters of the Civ.works model have typically been from the progressive side of things. They’re looking beyond Facebook and they appreciate that our platform is privacy-protected. We’re looking at bringing other people into the discussions, which is incredibly important so that we can move beyond preaching to the choir. This really starts at the board level. At this point in time, we’re actively looking at adding some people who have a more traditionally conservative mindset, who may have a fiscally conservative and a socially moderate view of the world.

I think there is room for respectful dialogue, but I also think that many people on both the left and right just are not ready to have that kind of meaningful dialogue outside of trying to impose their own personal ideology.

Q: How do you intend on convincing people to participate on new and different platforms instead of those with which they’re already familiar (e.g. Facebook)?

A: Getting people to move away from traditional platforms is a challenge. In recognizing that people like the validation that they get on a Facebook-like platform, what we started to do in our design was to facilitate the ability to cross-post. People are essentially able to provide a status update on Civ.works as they would on Facebook, and, if they choose, that status update then is automatically propagated to Facebook and Twitter. We provide an opportunity for them to cross-communicate with other social platforms when they’re using ours.

When people engage in a civic action, whether political or economic, the next release of Civ.works is going to cross-post that action out to Facebook and Twitter in a generic or anonymous way. We won’t be posting anything to disturb the privacy of the user, but it’s an important marketing tool to get more people familiar that things are happening on the Civ.works platform with regard to doing important civic or economic engagement work.

Q: The 2017 Edelman Trust Barometer reinforces a decline in public trust and rise in political cynicism – people don’t believe that their input has an impact on decisions in their communities. What makes Civ.works different?

A: Part of what we’re doing is building an educational component into Civ.works, and that is going to be part of the recommended actions that we provide. Over the course of many years, rhetoric has abstracted the thought of government. It’s created a separation between “we the people” and our government. Behaviourally, that has allowed people to feel completely disengaged and perceive government as this thing that gets in the way of being able to succeed or thrive within the community. In reality, when we’re engaged citizens, we are all part of government.

Part of what we intend to do is education, and part of it is improving the efficacy of civic actions and engagement. As we direct people to do something, either at the local, state or federal level, we want it to be impactful, especially as Civ.works achieves scale. If we have 600 users trying to influence congressional policy, that’s not going to be very helpful, marginal at best. As we scale, that’s where we really expect to be able to have some influence and impact, and be able to provide case studies back to Civ.works subscribers about the impact we have made, whether at the local government level, the state government level, or congressional level.

We’re currently working to complete the platform first, and then to make sure that the content, interaction, and education on the platform is robust and fairly complete. Then, as we achieve scale from a citizen perspective, we expect to be working very closely with elected officials. We’ve already started to have those discussions with some folks in the US Congress, as well as some people locally here at the Oregon state legislature, who are very anxious to have a meaningful and respectful engagement with their base of constituents.

Q: Is there anything else you’d like to add?

A: The solutions are going to need to extend well beyond just technology. As a matter of fact, I always like to describe civ.works as more of a behavioral platform, a social behavioral platform that uses technology, as opposed to just technology. There are a lot of efforts popping up, and I think they are well-intended, but we need to provide the mechanisms for sustained civic engagement. It can’t just be 25% of the eligible voters going to vote every 2 years or every 4 years, and the 75% who don’t vote complaining the rest of the time. We really need to go beyond the ballot box. We need to recognize the behavioral significance of what it means to be a citizen – that it really is our duty to ourselves, our families and our communities.

This needs to be not only be embodied in the platforms like PlaceSpeak and Civ.works, but also driven into our public education systems. In Noam Chomsky’s book where he talks about miseducation in America, he talks about the public education system being more of an indoctrination into consumer culture as opposed to really getting an education and establishing a great foundation for inspiring a quest for knowledge throughout one’s lifetime. It’s not just about that quest for knowledge, but also about what our responsibilities are as individuals and citizens, so I think that resurrecting civic education is significant in many cases.