In Conversation With David Vogt 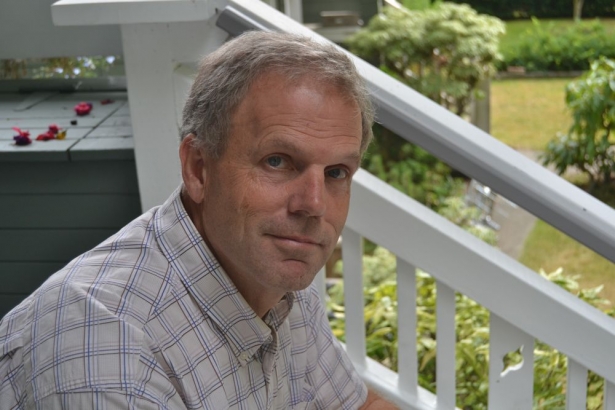 This month, we spoke to David Vogt, President of the Urban Opus Society, which champions smart city innovation projects involving citizen engagement and the direct benefits of data to urban lifestyles, society and culture. Dr. Vogt was originally an astronomer and maintains academic appointments at the University of British Columbia along with graduate teaching roles while focusing most of his energy on digital innovation programs and startups.

A: Lots of people speak about innovation, especially government, industry and universities. But they’re all talking about a different thing, or perhaps different parts of a bigger thing. In particular, universities speak of themselves as absolutely essential part of a country’s innovation engine, and they’re right, but they don’t actually do innovation – they provide the raw ingredients for innovation – publishable ideas and well-trained curious minds who go out into the world and actually innovate.

There are many different ways to accomplish innovation, which is parenting an original idea from initial conception until it has achieved proven, sustainable value in society – whether that value is commercial or social. There are many ways to achieve that, and there is strategy involved, which depends on what your resources and objectives are. I try to apply those principles – what are the best strategies to achieve beneficial innovation? For example, universities are significantly underachieving what they could be in innovation – they could be playing a much bigger role and benefitting more if they stretched beyond their traditional value proposition.

Q: You also do a lot of work with Urban Opus. What is your vision for a smart city that fully incorporates open data or big data? What would the citizen experience look like?

A: The concept of smart cities has been around for some time now, and probably achieved the biggest mind share through the advertising programs that IBM did 8 or 10 years ago. Smart cities came down to the business of companies helping collect data and utilize that data. The model of smart cities that has pervaded the world, which was generally pushed by very large companies like IBM, Google or Cisco, was to model the world like a giant machine and if you have a machine with enough sensors on it, each part driving data to some central processor with lots of analytics and smart people, we’d then be able to control the machine and make it far more efficient – to optimize it.

The trouble is, the city is not a machine – or at least, that’s only one part of its position in life. Cities are crucibles for humanity, and about achieving human potential. All of these models of smart cities look at scraping data, either from physical infrastructure or moving parts infrastructure like transportation, or infer it from people via their cellphones or other devices, but they don’t actually involve or engage people or allow people’s voices to be heard. I believe that until people are fully part of the smart city conversation, the data-driven conversation, we won’t be able to realize even a fraction of smart city potential.

Q: What role will data play in the future of online citizen engagement?

A: At Urban Opus, we focus on citizen data. Citizen data for us is data that citizens consciously volunteer into the process, whether they do so passively – such as when they install an app on their cellphone which collects this data, and they’re aware they they’re volunteering their data and they’re providing it to create some value – or actively – such as sharing photographs or responding to questions or putting in information online.

We believe that citizen data is the highest form of data that is available, and open data is the lowest form of data. Open data is machine-level data, meaning it has no touch with humanity. The middle forms of data include commercial data, such as Car2Go data and other forms of data that are about the interface with the city, but companies don’t share that data or do it very well. Citizen data is the hardest to obtain because you have to provide a value proposition to citizens to actually invest, donate or volunteer that data – and that’s hard because citizens are aware that data companies are out there scraping them instead of serving them.

Q: How can we use this data to help facilitate dialogue, citizen engagement processes?

For example, if you look at Strava, it started out as a simple app for bicycle race enthusiasts which passively collected where they were, how fast they were travelling, how far they had travelled, or how many calories they had burned. Strava serves a bicycle community, and has moved beyond heavy-duty bicycle users to commuters. They’ve now collected so much data around people’s biking habits that they serve that data back to cities for solving transportation problems. They now know more about biking than any city in the world. Those citizens would not have shared that data about their bicycling habits with the city or with a corporation directly, because they have no relationship. But they do have a relationship with the bicycling community, which they trust, and that’s where citizen data and trust have a healthy ecosystem.

Q: Despite these practical applications, people are becoming increasingly aware and concerned about apps or websites, e.g. Amazon, tracking and collecting their data. What would you say to address that?

A: Most people are not aware of how deeply they are being scraped, leveraged, and manipulated by companies that are taking their data for marketing and other uses that are not necessarily for their benefit. We can approach that problem in two ways: by creating legislation and putting up barriers and citizen privacy measures (which we should still be doing), but we should also be creating models of trust in areas where there can be benefits, and Strava is a good example.

I think most citizens would download an app that was giving data about their local church group, or their knitting group, or their citizens’ group – where they have an investment of interest and time – even if they wouldn’t do that for Amazon or Google or other global multinationals. What we need is to enable communities to use apps that serve their community members in significant ways, and give them the tools so that they can protect that data and leverage them in useful ways.

Q: What are some of the barriers that prevent decision-makers from engaging most effectively with citizens?

A: In most cases when civic officials or organizations say that they want to engage with citizens, they don’t mean that as a peer-to-peer proposition. They have very specific questions they want answers to, and they don’t actually want to hear what citizens have to say on other issues that they should be thinking about. So engagement is a one-way proposition for most politicians. They don’t really want to hear or listen – they want answers to very specific questions rather than an open conversation. So that’s one barrier – a perception that engagement is only a one-way street.

Another barrier is the belief that citizens are inured to a lot of that because of their experience of that one-way street. They don’t actually feel like their conversations matter, therefore they don’t engage in the conversation – they become cynical. This is why a model of community of communities is a better one – most citizens don’t actually care about city hall at all. But they do care about their own uniquely personal set of communities to a very deep level, whether that be a cycling group or yoga group or a local gardening group. People have passions and you can build trust through those. I’m not sure how politicians can build trust unless they’re really willing to open up the conversation, and that’s where I see the value of data. I believe that once we start engaging citizen data on a broad scale, we’re going to create the best communication system that’s ever happened in terms of an ongoing conversation.