5 Takeaways from the 2015 Code for America Summit 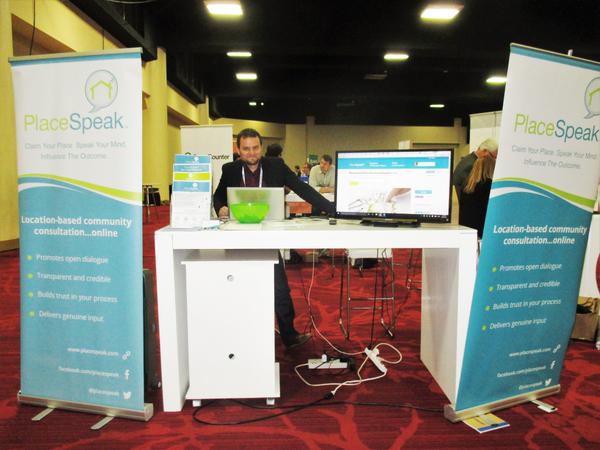 Code for America held their 4th annual summit last week, for the first (but not the last) time in Oakland. I went down with with PlaceSpeak CEO Colleen Hardwick.

Digesting the lessons of the conference will take some time, but here are a few things that jumped out at me.

1. I still love Code for America.

Claiming that your start-up is going to “make the world a better place” has become a punchline. Literally. It takes a lot to dislodge skepticism encrusted over years of Web 2.0 hype. The Code for America summit can do that, at least for me. The people there are so obviously and deeply committed to principles of equity and dignity that you can’t help but believe them, and their principles. And despite (because of?) the fact that CfA folk are motivated more by people than by technology, the tech design is very, very good. It’s just a nice feeling being around all that.

“Citizen empowerment through technology” is a big promise, and traditionally the biggest push-back is valid concern about lack of access for the people who most need support. Oakland mayor Libby Schaaf pushed very hard against that push-back in her welcoming speech. One point she made was that many people who would not have had a home computer to access digitally-delivered services just a few years ago nowadays have that access via smartphones.

What’s more, in the US smartphone use is higher among young blacks and hispanics than among whites. It’s not technology that’s preventing online engagement she suggested, it’s relevancy.

What that means of course is that if you’re delivering services to all citizens, you had better have your sights set very squarely on mobile. (Worth noting here that PlaceSpeak has begun a transition to mobile-first, and while that’s not obvious yet, it’s going to become so fairly soon.)

Mayor Schaaf likes the term “techquity”, and wants us to be talking about the “digital bridge” instead of the “digital divide”. 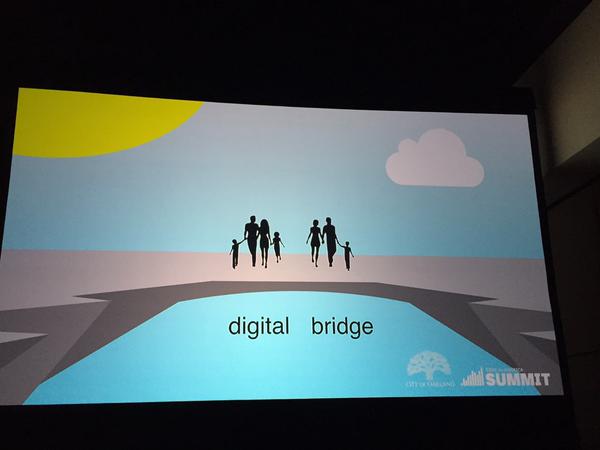 A slide from Mayor Schaaf’s welcome speech, by @ckraatz.

3. A lot of Bernie Sanders stickers on people’s laptops this year.

4. Hackathons and open data portals are no longer the thing.

If you’ve been to civic tech conferences over the last five years you will have heard the words “hackathon” and “open data portal” many, many times. These concepts have become become primary signifiers of civic tech. More recently there’s been critiques of both hackathons and open data portals. This year’s summit was striking in that there wasn’t much talk, pro or con, about either.

Open data portals now seem to be taken for granted as an important-and-maybe-necessary component of civic architecture, and attention has moved away from demanding them or criticizing them, and on to how to deliver solutions to specific problems, using data from either a portal or wherever else it can be found.

And hackathons… just didn’t once come up. I’m not sure what’s up with that.

5. The point of Code for America is not to fix everything themselves.

Code for America has partnered with about 30 cities, and adds 8 more every year. There are however 20 000 municipalities in the US. CfA does seem to be scaling up (there were approximately 100 people at the first summit, 800 last year, 1200 this year) but there’s simply no way the organization can directly improve delivery of services in every city in America. My favourite talk of the summit was the closing keynote from Dana Chisnell, who addressed that gap.

She started by telling stories from a variety of public servants who had nothing to do with Code for America and wouldn’t consider themselves UX designers, but who had for one reason or another been required to make an interface–a form, a mail-out, a town website. Her point was that in each case those government employees naturally first looked around for a template to follow before they started building or buying.

Code for America’s job (she suggested) is not to re-make every government interface in America, but to make sure that when other people go looking for examples to follow there’s a better chance that they will find good ones. “Good” meaning: designed to fix citizen problems instead of reflecting internal government processes, implemented fast and nimbly instead of slow and all-or-nothing, and with dignity and equity designed in. Code for America’s job then is to raise the collective bar for digital delivery in the US, by example.

They’re not alone. The UK’s Government Digital Service has been modelling user-centric process and design at a national scale for years now, and the US’s newly formed 18F seems to be deliberately drawing on ideas from both the GDS and Code for America to create a new, federal push for good digital delivery. National #techquity.

The influence of Code for America (and the GDS, and F18) can and will extend beyond government. They’re modeling design processes and outcomes that for-profits and non-profits can look to as well. As PlaceSpeak presses on with our above mentioned re-design we’ll be keeping what we learned at Code for America in mind.