On November 4, we presented the results of our real-time Vancouver/Lower Mainland federal election poll at Open Data BC‘s #elxn42 roundup event. Over the course of two months, over 570 people participated in the poll, and left over 260 comments on hot-button issues such as the economy, the environment, housing, public safety, and more.

Here are some of the highlights:

In total, we polled 26 ridings across Vancouver and the Lower Mainland. Amongst the 12 ridings with the greatest number of poll respondents, we correctly predicted the outcome of 11 ridings. PlaceSpeak’s ability to collect verifiable information regarding voter intention across ridings proved to be an effective method for gauging public opinion at a hyper-local level. 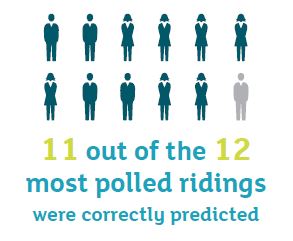 The most amazing part? It cost us absolutely nothing, compared to traditional polling which can cost up to thousands of dollars.

While poll respondents indicated strong support for the NDP at the start of the election campaign, results from the final week predicted the Liberal surge in hotly contested (and quite controversial!) ridings such as Vancouver Granville and traditionally conservative ridings such as Delta. 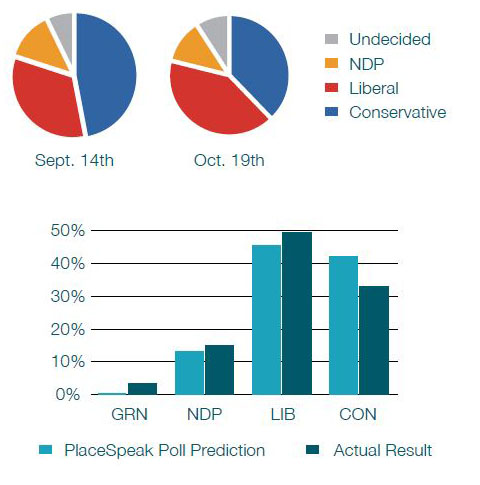 We see a lot of potential for this kind of real-time, geo-authenticated polling in the future, but we’re always looking to understand our results in greater depth and innovate further. Send us your thoughts and comments!