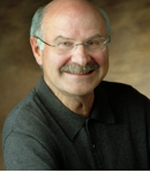 Last month, former BC Premier Mike Harcourt (1991-1995) quit the NDP, frustrated by some of the positions the party has taken since he led it to victory, and by political gaffes that cost it the last election.

Harcourt lectures around the world about sustainable cities, and is Associate Director of UBC’s Centre for Sustainability. He was mayor of Vancouver from 1980 to 1986, when planning for Expo 86 began the transformation of a largely suburban city into the lively urban form called Vancouverism. Yet this year he criticized the NDP for sending the wrong message to working-class rural communities that survive on resource extraction, because just before the election it opposed the Kinder-Morgan Pipeline.

Does he see two economic futures for the province, one urban, the other rural and resource-based? Is a political transition to less-intensive resource policies possible? Or is it resource extraction that makes urban life possible?

Those are some of the issues to start. Then we invite your questions, opinions and comments. It’s a conversation! Feel free to bring your lunch.