In Conversation With Mark Klein 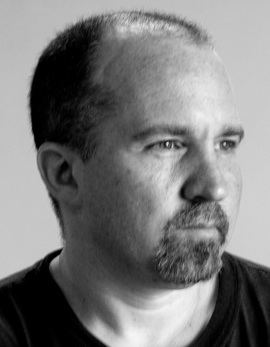 This month, we spoke with Dr. Mark Klein, a Principal Research Scientist at the MIT Center for Collective Intelligence. He received his PhD in Artificial Intelligence from the University of Illinois in 1989, and since then has worked for the Hitachi Advanced Research Laboratory, Boeing Research, Pennsylvania State University and (for the last 20 years) the Massachusetts Institute of Technology, with visiting appointments at the Nagoya Institute of Technology, the National Institute of Advanced Industrial Science and Technology, and the University of Zurich. His research draws from such fields as computer science, economics, operations research, and complexity science in order to develop computer technologies that enable greater ‘collective intelligence’ in large communities faced with complex decisions. His current projects are focused on crowd-scale online deliberation, as well as on negotiation with many interdependent issues.

Q: What are some of the major barriers that prevent decision-makers from engaging most effectively with citizens?

A: The barrier that I’ve been focusing on is the asymmetry that results from having a small number of decision-makers and a potentially very large number of experts and stakeholders who they might want to get input from. The key question becomes: How can we take the input from a large, diverse crowd that is going to have lots to say, of varying quality, and produce something compact, substantive and organized that decision-makers can make meaningful use of?

Q: In contrast to the polarized, knee-jerk reactions frequently seen on social media, the Deliberatorium seeks to facilitate meaningful dialogue on controversial issues. How does it work?

A: In the Deliberatorium, people use tools to create an output which is organized by topic, rather than by time. Conventional social media basically capture conversation transcripts, there’s no inherent structure to it.

With the Deliberatorium, users create content which is organized in terms of four basic pieces. The first is a question. You may have one or more top-level questions. Each question can have one or more answers, and answers can be supported by one or more pro or con arguments. Also, sometimes answers raise more questions. For example, if the question is “What do you do about climate change?” and one of the answers is “Try a carbon tax”, that answer may lead to a question such as “How much tax?” or “Who gets taxed?” and so on. You end up with a tree structure whose skeleton is made up of layers of questions and answers, with the answers surrounded by halos of pro and con arguments. When you organize the content topically, like in a library, you can quickly find what is being said on a given topic and avoid redundancy.

Q: Your work on the Deliberatorium hinges on the notion of “intellectual humility”, which requires an openness to opposing viewpoints. Tell us more about this concept and how you’ve seen it play out.

A: I don’t really know whether using the Deliberatorium can change the intellectual humility of the individuals who participate in it, because that kind of cognitive style may not be that changeable.

However, there are a couple of attributes of the Deliberatorium which, in effect, can help make the crowd more intellectually humble. Right now, when people interact using conversational social media, there are typically these feedback loops that create balkanized cliques. Each clique is more-or-less insulated from ideas in other cliques, so a lot of potentially valuable cross-fertilization doesn’t take place. It’s as if instead of having one fully-connected mind, we had a lot of smaller more narrow-minded minds.

The Deliberatorium’s structure inherently works against that kind of process. If you’re engaged in a discussion on some topic, all the competing answers for a given question are going to be there right next to each other, so rather than hiding competing perspectives from you, the system makes it hard for you to avoid them. Similarly, if all the arguments for and against a certain perspective are right next to each other, it’s difficult for you to avoid them. Whether that will change an individual’s intellectual humility – I don’t know, but at least the group output has the potential to engage with all different perspectives.

Q: Given the predisposition to confirmation bias, is there a desire amongst the public to engage outside of their echo chambers?

A: I’ve tried to understand why current social media discussions produce such dysfunctional dynamics. Part of the problem, I think, is that people tend to repeat things as part of the battle for attention. There’s also often a kind of tribal signalling process where people espouse increasingly extreme perspectives in order to cement their membership in their cliques. But both these dynamics lose a lot of their power in topic-structured tools like the Deliberatorium. It’s easy for moderators to ensure that each unique point is only entered once, so repetition dynamics disappear. Also, in the Deliberatorium, users get feedback that not just reflects just their local clique, but the crowd as a whole, which dampens the value of tribal signalling. My guess is that many people will have a greater tolerance for diversity of opinions if we remove the incentives for polarization that are inherent to current social media technologies.

People are looking for a variety of things when they engage. What makes trolling so attractive to some people is that it creates a kind of drama; their purpose really is not to engage with the topic. On the other hand, there are a lot of people who do want to discuss the topic, and are very distressed by the venues currently available to them, to the extent that many major media organizations have shut down their online comment streams. A substantial group of people would really like to have a safe and productive discussion forum. I don’t think that it would be for everybody, but I think a lot of people would find that a breath of fresh air.

Q: As online methods of engaging with the public become more ubiquitous, what is the single greatest challenge facing decision-makers? What is the solution?

A: I think that the greatest challenge facing decision-makers is letting go. Decision-makers often want to appear as though they are open to the crowd, and generally do want input from the crowd so the decisions they make are less likely to blow up in their face. But at the same time, many of them are loath to give up their decision-making power and that’s a fundamental point of tension. That’s a challenge that goes beyond the technological – it’s just a new reality that has to be faced as technology improves and the potential of having decisions made by the crowd is realized.

Q: Is there anything else you’d like to add?

A: One is a fairly well-known point, but it’s worth repeating. In our age we’ve increasingly had to face highly complex and interdependent problems, where everything we do impacts many other people, and where many different kinds of expertise need to be drawn on. At the the same time, we have seen the emergence of the kinds of technologies needed to help us deliberate about those kinds of problems. It’s a bit of a horse race to see if the social computing technology emerges fast enough to help address these existential threats.

The other thing I would say is we should keep in mind that this kind of social computing technology is not just a better way of enact traditional top-down knowledge sharing and decision processes. It represents a sea change in how we organize societies, how decisions are made and where the power balances lie, and is likely to be hugely transformational.

Previous Article
The Government of Canada wants to hear from Canadians on the Ottawa River watershed
Next Article
Customer Success: Bridging Divides on Controversial Issues