The Crisis in Public Consultation

There is a crisis in the public consultation world. 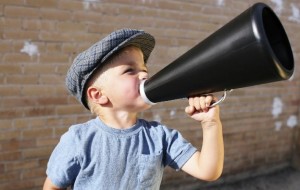 Citizens have lost confidence in public consultations. They feel jaded. They no longer trust their decision makers, whether it be business leaders, politicians, or bureaucrats. They think that if—for example—there is a proposed real estate development, it will happen whether they have a say in it or not.

The current state of public consultations leaves a lot to be desired. Long community meetings where project opponents or supporters drone on in front of the microphone are not efficient in creating community understanding. Rather, public meetings have become a stage to vent frustrations and a crusade for causes that often have no bearing on the project or proposal under consideration.

As a result, people who don’t enjoy unpleasant, politically charged meetings do not attend, choosing to spend their evenings elsewhere. It is unlikely that the audience at public meetings accurately represents the sentiments of the broader community.

PlaceSpeak believes that this is a shame. Engaging the public in a manner that inspires trust, confidence and collaboration is crucial to the long-term success of our communities—and beyond. The long-term impacts of urban development and related initiatives effect not only a confined community, but can impact the viability of an entire region.

Thus is important to rebuild confidence in public consultations. They are a key aspect of our participatory democracy. Consultations are rooted in the idea of the knowledgeable persuasion of fellow residents; not the coercion or the sneaking behind the back of peers. Meaningful public consultations can enhance the ability of people to effect public policy development and land use decision-making in their neighbourhoods, communities and municipalities. But this only works if engagement efforts represent the sentiments of the entire community.

The Unfulfilled Promise of Online Consultation

The Internet offers great potential, bringing people together to discuss common concerns and exploring issues from varying perspectives. Unfortunately, few platforms have been able to live up to this promise. Current online consultation tools attempt to connect with residents on a one-off basis for each community issue. Most web-based forums require little accountability and encourage “drive-by” postings, rather than the give and take of an in-person conversation. Their anonymity makes it difficult to track where commenters live and whether they have a stake in the neighbourhood or the broader community

Anonymous commenting also encourages irrelevant comments and even cyber-bullying through hateful or hurtful comments. The comments act as a disincentive for observers to engage in the discussion and demean the legitimacy of the discussion.

PlaceSpeak is a location-based community consultation platform that connects residents with topics affecting their neighbourhoods. Our mandate is to promote meaningful dialogue on local issues by removing the anonymity from online consultations.

Our platform is a direct response to repeated criticism about the lack of genuine consultation and public participation in local decision-making. We connect people’s online identities with their residential addresses so that they can voice their opinions in a variety of online forums. This provides proponents with the confidence that they are receiving feedback from the right places.  In doing so, we are doing our part to bring public consultations into the 21st century.

Needs of the Property Development Industry Proponents for Consultation