Anonymity can lead to contempt 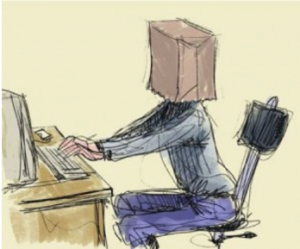 We feel that knowing that our community is made of real people with direct ties to their neighborhood leads to more authentic discussion and holds people accountable to the views they express. Too often anonymity leads to contempt and can be taken advantage of by spammers and trolls who are more interested in disrupting conversations than constructively contributing to them. This acts as a disincentive for legitimate well-intentioned people to participate and can lead to skewed outcomes with only a brave minority participating.

Conducting consultations with unverified identities can also create problems if people don’t act responsibly or authentically. Assumed identities can affect the clarity and coherence of any data or ideas gathered during consultation. In a world where evidence based decision-making is more important than ever, even pseudonymity can be counter-productive. If a person is unwilling to transparently stand behind a position—especially if it is an important point to make—this kind of anonymity makes it difficult for decision makers to give public input serious consideration.

At the same time, the ubiquity of personal publishing and global broadband penetration is increasingly enabling everybody, everywhere to become “desituated, detached” spectators. As a result, a large percentage of what passes for public discourse today is “idle talk in which unaffected spectators can merely pass the word along” without actively engaging with each other or the issue at hand.

This phenomenon is reflected in the term ‘slacktivism.’  Slactivism refers to low-effort feel-good measures in support of an issue that has little practical effect other than fostering self-satisfaction. The theory is that people who support a cause by performing simple measures are not truly engaged. By requiring participants to actively verify themselves and to publicly stand behind their points-of-view, PlaceSpeak aims to overcome the detached nature of many online conversations and create a forum where people can actively engage in meaningful public discourse online.

The notion of providing real names and addresses is not a new one, particular in the realm of public consultations. Indeed, verifying who you are is a hallmark of consultation processes. One first things you are asked to do at many open houses is to put on a name tag and introduce your self before speaking. Most focus group sessions start with a round table introduction where you introduce yourself and your interests. And perhaps most pertinently, municipalities require you to provide your name and residential address before being added to the speakers list at public hearings.

For more information on this topic check out our white paper, Why Verification? on Scribd.

Tags:
Previous Article
The Impacts of the Urban Futures Survey
Next Article
Why is PlaceSpeak Unique?