A CartoDB Timelapse of Our Community Growth 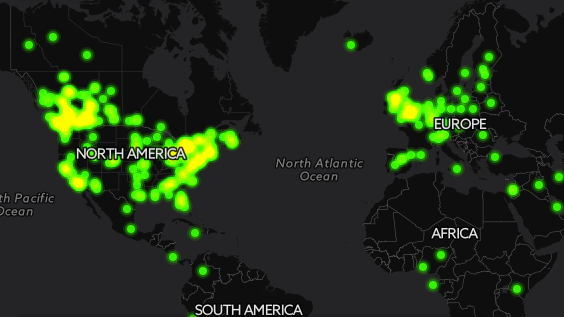 At PlaceSpeak we started doing “civic tech” before we’d even heard the term, but we’ve been glad to discover a civic tech community that’s been around for a while and includes some of the coolest people and companies on the internet. CartoDB is one of very the coolest. They want to be the geospatial backbone of the civic tech renaissance, providing GIS data storage and visualization options in a few clicks that would have taken an office full of people just a few years ago. We’re fans and were excited when they asked if we wanted to work together on data visualization.

The project we picked first was a timelapse map of our user growth over the last three and a half years. We’ve had an internal version of this map that we’ve been using for a while, but it’s missing some features and was… less beautiful than it could be. Here’s what CartoDB civic technologist Santiago Giraldo Anduaga put together:

Not unlike a zombie outbreak, if zombies were single-mindedly determined to engage in meaningful civic engagement. Try zooming and panning and moving the time slider, it’s all live.

Maps are about data, but more importantly they’re about stories. When you can see a pattern in a map, you’re seeing the story. A map like this one uses some very deliberate design choices, as well as some very neat technology, to make the patterns visible. By adding the dimension of time into the map new patterns emerge, and with them more stories. That helps us tell our stories both to ourselves and to our partners.

Santiago makes maps every day, so perhaps it’s not surprising that he has a similar perspective:

“The powerful idea of using data to tell beautiful interactive stories brings together the notions of human and business insight to the foreground. Being able to leverage the technology of CartoDB for PlaceSpeak doesn’t just mean they can have beautiful depth of insight about user growth, but it allows clients and citizens to see how their community of civic actors is growing together with PlaceSpeak at the cutting edge of civic tech participation.”

Scrolling through the data, both spatially and by zooming the time slider through the years, you can see the network effect of our persistent, community approach taking hold in individual regions. An early adopter organization will start a consultation on PlaceSpeak and curious residents will sign up to participate. Then they’ll invite their friends and neighbours, and that attracts new consultants, bringing a fresh wave of “green dots” signing up.

Here’s a different version that Santiago made from the same data, that works particularly well when you zoom into the neighbourhood level:

Very cool. Now we’re brainstorming on what our next project with CartoDB might be, and looking forward to actually meeting them in person at Code for America 2015.